FOR THE LOVE OF A VETERAN 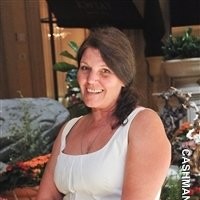 HISTORY
In 2009 Christine’s Son was deployed to Afghanistan, it was the worst year of her life. Brandon would communicate with his mother when he could and she would send him care packages from home. She learned that a lot of the soldiers deployed with her son got nothing from home and quickly started including his battle buddies in her shipments. She joined a local Blue Star Mother’s organization as she wanted to help in any way she could, and get support other mothers going through the same thing. However, she wanted to do more for our troops and Homeless Veterans.
Christine founded For the Love of a Veteran, Inc. in October 2013 to help with the battle at home known as Post Traumatic Stress Disorder (PTSD). Christine believed that help started by sending care packages from home to deployed troops anywhere in the world that her organization could reach. Believing that receiving a care package would let a deployed service member know that someone back home cared and that they were not forgotten and perhaps the one thing that may prevent a suicide by an active duty service member. The Veteran suicide rate helped to form what is now our Backpack program where she works directly with Military chaplains to distribute backpacks with clothing and hygiene items. In June of 2021 we began a new program known as “Helping Heroes Heal” a treatment for Veterans suffering from severe PTSD at no cost to them.
MISSION
Our mission is to help those who selflessly protect us every day. We are here to give aid and raise funds for military families in need and homeless veterans. We also aim to raise awareness and help in the fight against PTSD also known as PTS
ORGANIZATIONAL OVERSIGHT
Christine Waltz (Founder) holds a Bachelor’s of Science Degree in Applied Psychology and Organizational Behavior. She comes from a very large military family and knows firsthand what it means to serve. She oversees all facets of the all-volunteer organization as it grows. 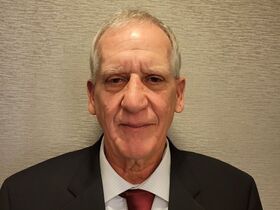 Mike holds a BS from MIT in Engineering and finance and graduated from the University of Hard Knocks in 1987, where he took over the family business upon the death of his father and grew sales to 2.8 million dollars annually.
Today Mike volunteers his time reporting the finances to his wife Christine and the Board of Directors at For the Love of a Veteran, Inc. 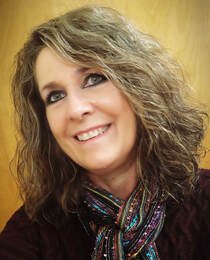 ​She is a patriotic person. Her birthday is June 14, Flag Day, and she has always been drawn to the flag.
2015, on Veterans’ Day, she and her husband Rod went out to dinner at Texas Roadhouse in their hometown, Hanover. That evening, For the Love of a Veteran, Inc.  was holding a fundraiser at the restaurant Kim got hold of one of the organization’s pamphlets. “I had no idea something like this was in Hanover,” she said.
She found a calling. She met the organization’s founder, Christine Waltz, and told her, “If there’s anything you need, I’m there.”
Kim works as a freelance photographer – her business is Kaptured Moments by Kim – and she volunteered her services to For the Love of a Veteran and takes photos for the organization and designs its fliers. But she does more than that. She helps bake cookies to send to the troops during the holidays. The third floor of her home is taken over with donated items the organization raffles off to raise money.
“To me it’s just about giving back, whether it’s my time or money,” she said.
2018, she traveled to Maine with Christine and other volunteers to help out with Wreaths Across America, a nonprofit organization that provides veterans with wreaths. She recalled seeing dog tags hanging on trees, each tree dedicated to a veteran.  Our veterans, she said, “deserve our support.”
“A lot of troops are still out there,” she said. “People forget about them. We can’t forget them.”
Her father passed away on Dec. 30, 2015, at age 81. Kim believes that serving veterans honors her father’s life.
“We have to honor them every chance we get,” she said. “I feel like it’s my calling. It’s been my calling for a long time.”
Today Kim serves as the companies Secretary, where her duties include communication of Non-Profits fundraising efforts as well as corporate minutes at all meetings. 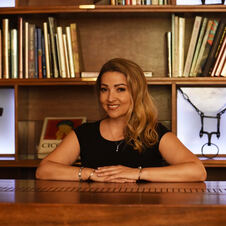 ​Master Sergeant Crystal C. Romero retired after serving 16 ½ years in
the US Army National Guard, serving primarily in her home State of New
Mexico. She also volunteered for 13 years of federal service, serving alongside
active duty and the Department of Homeland Security. Today, she is an activist for
veteran’s causes and is currently involved in drafting legislation related to military
sexual assault and veteran’s mental health.
Crystal held various positions and ran many programs throughout her
military career, beginning in logistics and later transferring to a Public Affairs
Detachment. She then transitioned to the 64th Weapons of Mass Destruction-Civil
Support Team as a Chemical, Biological, Radiological, and Nuclear (CBRN)
Specialist. There she helped run operations and was activated for the Space
Shuttle Columbia recovery efforts in 2003 as well as Hurricane’s Katrina, Rita
and Ike. Concurrently, she served with the New Mexico Counter Narcotics Task
Force serving as the Finance and Executive assistant to the commander. In her
final years in the military, she was a Senior Human Resources Specialist, Platoon
Sergeant, Sexual Assault Victim Advocate, member of the Safety Counsel,
National Guard Bureau Counterdrug Program Evaluation team member and the
Joint Substance Abuse Program Coordinator for the State of New Mexico where
she oversaw the drug testing program for all National Guard service members.
After her honorable discharge, in 2014, Crystal struggled to adjust to
civilian life and found herself battling depression and PTSD. That struggle is what
prompted her to start volunteering to help other veterans, that are presumably,
worse off than she is. This was to be her path to redemption and the way she plans
to make her mark in the veteran’s community: through her advocacy. She
currently resides in Albuquerque, New Mexico with her twin daughters, Rosea
and Isabella. Her oldest daughter Jaedon is currently a freshman at NM State
University.
Her awards include the following: Meritorious Service Medal, Army
Commendation Medals (x3), Army Achievement Medal (x4), Reserve Overseas
Service Ribbon, National Defense Service Medal, Noncommissioned Officer
Professional Development Ribbon (x3), Army Service Ribbon and Global War on
Terrorism Service Medal. 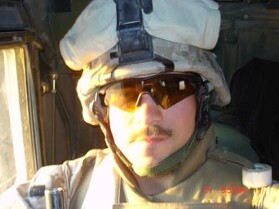 HM1 (FMF/IDC) Price attended Navy Boot Camp in 2000. As a striker he was required to go to sea. During that time, he was meritoriously promoted to E4. In 2002 HM1 Price was a Sr Line HM at School of Infantry. During his stay in Bahrain he got the opportunity to work with the RHIB boat team of special warfare unit three. In 2005 as Sr Line Corpsmen for 4th MEB AT BN he received advanced medical training by completing OEMS. This prepared him and his team of HM to deploy multiple times to Iraq. In 2007 at the Naval Operational Medical Institute as the Clinic LPO. During his leadership he got the opportunity to attend work center supervisor and LPO leadership courses. 2009 reported to IDC school upon completion of IDC in 2010 he would report to first battalion ninth marines. On March 18th 2013 that bond became unbreakable when they all experienced seven of their comrades die during a training mission. He also had the opportunity to deploy with these men and they are all true Deadwalkers. He completed multiple tours in Afghanistan with this unit.
In 2015 reported to Afloat Training Group as an Afloat Training Specialist. It was a challenge and helped him realize the severity of his TBI and PTSD when it came to memory retention. Thanks to a great group of leaders he was able to medically retire and take care of himself and his family for a change. -

​Elkin is a U.S. Army veteran and cyber security professional that specializes in Incident Response, Digital Forensics and is currently a Cyber Threat Hunt Manager at KPMG. He volunteers at For the Love of a Veteran as the Chief Information Security Officer ensuring the confidentiality, integrity and availability of information across their network.
Support Us